MEDIA BURN TURNS UP THE HEAT WITH CINEDECK ZX

Chicago-based video conversion and archiving company Media Burn substantially increased its output capabilities with the recent addition of a Cinedeck ZX. Recognized around the world for its expertise in converting virtually any type of videotape into digital format, the nonprofit essentially quadrupled the speed and quantity of its services overnight by acquiring the new technology, which was made possible by a handful of donors. 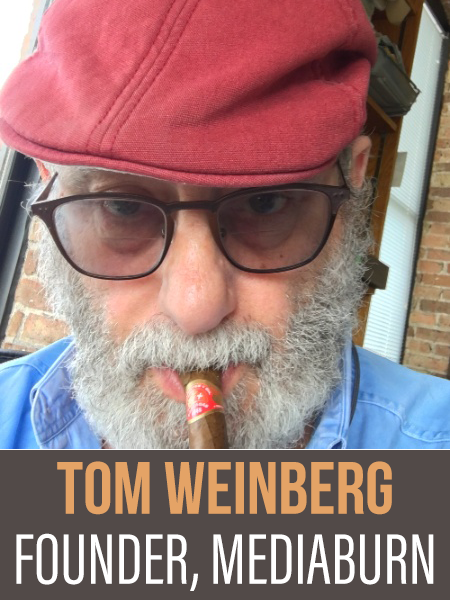 “The ZX45 is the brains of the system,” says Media Burn founder and president Tom Weinberg. “There are a lot of accessory parts to make it work.” Described by the manufacturer as a “workhorse,” the ZX ingests and transcodes video footage into digital formats. The system also includes the Blackmagic Teranex, which enables up-converting to HD. With assistance from Key Code Media, the company that supplied the equipment, the new setup not only allows Media Burn to work on four tapes at once, but it also enhances several additional services offered by the organization.Besides conversion and archiving, Media Burn handles quality inspection, repair, indexing, preservation, and digitization of dozens of videotape formats, as well as media file recovery from discs and drives. The upgrade arrived at a perfect time. “We’ve got piles of tapes all over the place to digitize and preserve,” says Weinberg. “Today, there are four big boxes that came from a few longtime prominent Chicago broadcasters, including finished programs, documentaries and raw video.” Media Burn also places select footage, films, and programs into an online archive that currently contains more than 8,000 items, of which some 3,000 or so can be viewed for free. “Clearly, we don’t put everything on,” Weinberg says. “But we always ask the person for permission if we want to use it that way.” Among the gems that have appreciated over the years are footage of a young Rahm Emanuel at a Marquette Park anti-fascism protest in the late-70s, and then-Governor Bill Clinton campaigning at the Illinois primary in the early-90s. You can view the original story here.
Cinedeck